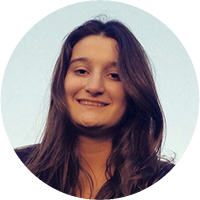 Key figures about the FGFR pathway and cancer

In 2018, more than 18 million people were diagnosed with cancer worldwide. That same year, cancer was the second leading cause of death after cardiovascular disease, with more than 9 million deaths worldwide.
According to Helsten et al., 7% of cancers are associated with FGFR aberrations. 66% of these aberrations are due to the amplification of FGFRs, 26% to mutations and 8% to fusion genes [2].

These receptors are therefore a strategic target in cancer research.

FGFs are glycoproteins secreted and sequestered by the extracellular matrix. They activate the migration, the proliferation, the differentiation, and survival of target cells. While the FGF family consists of 23 molecules (FGF 1-23), there are only 4 FGFRs (FGFR 1-4) [1].
FGFRs are transmembrane receptors, inactive as monomers. Interaction with the ligand leads to receptor dimerization and transphosphorylation of kinase domains. The activated receptor can then bind and phosphorylate effector proteins and triggers different signaling cascades in the cell [3], [4].

The signaling cascades between FGFRs and the nucleus allow the regulation of several biological functions: cell proliferation, differentiation, survival, adhesion, migration, wound healing, and angiogenesis. When an alteration of FGFRs occurs, it can lead to a dysfunction of the signaling cascades. Therefore, biological functions are deregulated, and this can lead to oncogenic mechanisms.

Dysregulation of FGFR signaling in cancer

FGFR Over-expression
Over-expression leads to an increase number of FGFRs on the cell surface. Consequently, it facilitates the binding of circulating FGFs. The more proteins are fixed, the more the level of activated and phosphorylated FGFRs increases.
Porebska et al. have also reported that overproduction of FGFRs may cause FGFR autoactivation independently of the presence of the ligand [5].
Amplifications of the FGFR1 gene resulting in receptor over-expression are the most common. The over-expression of FGFR2 is less frequent. Rare amplifications are observed for FGFR3 and FGFR4.
These amplifications are frequently found in lung, breast, and prostate cancer, and less often in gastric and bladder cancer and in hepatocellular carcinomas [3], [4], [5].

FGFR-activating mutations
Different studies have shown that the FGFR signaling pathway is one of those showing the highest mutation rate. These mutations occur in different regions of the receptor. They can cause a change in kinase domain activation and induce ligand-independent dimerization or better affinity for the ligand. This promotes the phosphorylation of kinase domains and the dysfunction of the signaling cascades.
The most common mutations are found in FGFR2 and FGFR3. These are involved in endometrial carcinomas, melanoma, bladder tumors, and lung cancers. Mutations in FGFR1 and FGFR4 are rare. They are most often found in glioblastoma and endometrial cancers [3], [5].

FGFR family fusion genes
Fusion genes are hybrid genes formed by the rearrangement of two previously independent genes. Scientific studies have identified fusion genes between FGFR1, FGFR2, FGFR3, and multiple partners in many malignant tumors, with fusions involving FGFR2 and FGFR3 the most common.
Generally, the partner protein contains an oligomerization domain such as coiled-coiled motifs, zinc finger motifs or leucine zippers. After the fusion, these domains position FGFRs in a different orientation, thus allowing kinase activation and phosphorylation [5].
These aberrant FGFRs are found in several malignant tumors such as glioblastoma, cholangiocarcinoma, lung cancer, or urothelial bladder carcinoma [3], [4].

Aberrant autocrine/paracrine loops
In addition to genetic disorders which are ligand-independent, aberrant signaling from FGFs can deregulate FGFR activity.
Aberrant loops result from an increased release of FGFs by tumor or stromal cells. This leads to an increase in the level of binding to FGFRs and therefore an increase in the number of activated and phosphorylated FGFRs [1], [3].
Multiple FGFs have been described in various cancers including breast, prostate, and colorectal cancers.

All of these alterations disrupt signaling cascades and lead to oncogenic mechanisms. Their presence in a wide variety of cancers make the receptors key targets for anti-cancer therapies.

Several immunoassays based on HTRF technology and Alpha SureFire Ultra have been released to monitor the level of autophosphorylation for the different FGFRs:

The FGF/FGFR signaling pathway is complex. It includes many alterations that can lead to the establishment of oncogenic mechanisms. The availability of assays in both HTRF and Alpha SureFire Ultra enable FGFRs involved in various cancer pathologies to be identified and quantified.

Many other proteins and signaling pathways can be involved in the development of cancer, noteably KRAS and associated signaling of the MAPK/ERK pathway. Additional solutions exist to measure these protein modulations in cell-based oncology models and further characterize potential therapeutic candidates.